Dishonor of Cheque: Section 138 of the Negotiable Instruments Act, 1881

The term ‘Negotiable’ means ‘transfer by endorsement or delivery’ and the term ‘Instrument’ means ‘any legal document in writing, which is created in favour of any person. Therefore, Negotiable Instruments are written statements implying payment of money, either on demand or within a particular time period with the drawer’s/payer’s name on it.

In case of any related legal matter, please Post Your Requirement anonymously and get free proposals OR Search for a Lawyer and book a free appointment directly.

In India, Negotiable Instruments Act, 1881 codifies the law governing transactions involving negotiable instruments. As can be seen, this is a law passed during the British Era which continues till date to govern economical transactions.

Section 6 of the Act defines a cheque as a bill of exchange drawn on a specified banker and not expressed to be payable otherwise than on demand and it includes the electronic image of ‘a truncated cheque’ and ‘a cheque in the electronic form’.

Parties to a ‘cheque’

Drawer – Is the maker of the cheque.

Drawee – Is the person thereby directed to pay.

Holder – Of the cheque means any person entitled in his own name to the possession thereof and to receive or recover the amount due thereon from the parties thereto.

Section 138 was inserted into the Act vide amendment of 1988. Dishonor of cheque section 138 covers the provision for dishonour of cheques for insufficiency etc. of funds in the account of drawer. The drawer pays off his lability to the payee through cheque and when bank returns the cheque unpaid due to insufficient balance on the account held by the drawer, the liability/debt remains due to the drawer and the amount remains unpaid. This is known as the dishonor of cheque The return of cheque can be because of insufficient funds in the account or due to exceeding the limit of the amount which was agreed to be paid by the bank. Such a default by any person, creates a liability under the said provision. Section 142 of the Act deals with the cognizance of offences in compliance with the provision of Code of Criminal Procedure, 1973 (“CrPC”).

Prior to 1988, in case a cheque was not honoured on presentment, the only remedy available under the Act was to file a civil suit in the court against the offender. However, this remedy did not have a desired deterrent effect on offenders and cheques started losing their credibility. Hence, the Act was amended several times to incorporate more stringent provisions to deal with dishonour of cheque.

The Banking, Public Financial Institutions and Negotiable Instruments Laws (Amendment) Act, 1988 amended the Act to make dishonour of cheques a criminal liability and offenders were liable to be punished by imprisonment for a term which may extend to 1 (one) year, or with fine which may extend to twice the amount of the cheque, or with both. The Negotiable Instruments (Amendment and Miscellaneous Provisions) Act, 2002 further extended the term of imprisonment to up to 2 (two) years.

Filing a complaint under Section 138 of the Act

For filing a complaint, the complainant needs to follow these steps;

The complainant should have deposited the cheque drawn in his/its favour, which cheque(s) has been returned unpaid or has been dishonoured due to:

2. Notice asking for payment of dues:

After sending the legal notice for cheque dishonor the next step should be taken.

4. Place of filing the complaint:

The place for filing the complaint shall be determined based on any of the following;

A complaint should contain complete details about the complainant, Accused, details of the transaction, details of the notice sent to Accused, jurisdiction clause, limitation clause, prayers asking for compensation and punishment for the Accused. The complaint should also be accompanied with all the important attachments i.e. the list of witnesses, list of all original documents and copies, board resolution giving authority to a person to file complaint on behalf of the company (if applicable) etc.

Upon filing of complaint and completion of all procedural aspects, the Magistrate before whom the complaint is filed shall verify the documents and upon subsequent verification, shall issue summons against the Accused.

On issuance of summons, the Accused may appear or may not appear.

However, If the Accused fails to secure his attendance, then by courts order, Accused shall be declared absconding and a notice shall be issued in local newspaper in respect of the same. Properties of the Accused will be attached and will be sold by public auction. Complainant can recover his dues out of the sale proceeds.

Upon hearing the parties, the court may pass any of the following orders;

The Apex court in a recent judgement held that any failure to include the company as an Accused in the complaint, filed for dishonor of cheque section 138 of the Negotiable Instruments Act, 1881 of dishonour of a cheque issued by a company, would be fatal to the prosecution of such company even if the complaint filed against the signatory of the cheque has been duly complied with.

In the concerned case, the cheque was signed by the appellant, Mr. Harihara Krishnan (“Appellant”), who was authorized to sign on behalf of Dakshin Granites Pvt. Ltd. (“Company”) which is the drawer company. When the cheque was dishonoured, the complainant, Mr. J. Thomas (“Respondent”), lodged a complaint under section 138 of the NI Act against the Appellant. However, he failed to lodge a complaint against the Company. It is important to note that the Appellant  drew the cheque on behalf of the Company, thereby making Company the drawer of the cheque.

Respondent subsequently sought to implead Company in the complaint, which the trial court granted. Against this, Appellant filed an appeal before the High Court stating the application to implead was filed after the expiry of the limitation period, which also ruled in favour of Respondent. Appellant then appealed to the Apex Court, which then overruled both the orders.

The Apex Court relied upon its earlier judgment in Aneeta Hada v. Godfather Travels & Tours Private Limited which had arrived “at the irresistible conclusion that for maintaining the prosecution under Section 141 of the Act, arraigning of a company as an Accused is imperative”. The offence under Section 138 is person specific and therefore there cannot be a prosecution without an Accused being a party to it.

The Apex Court further observed, the decision is embedded largely in the procedural aspects of initiating and maintaining prosecution for offences of cheque dishonour. When a cheque is drawn on behalf of a company, it necessarily has to be signed by an authorised signatory (director, officer or other suitable person), so at the time of initiation of proceedings against the company, it is not sufficient to bring a complaint against the actual signatory, but to bring an action (within the stipulated time) against the company as well. Here in the present case, the Respondent made the Company a party to the suit, but there was a delay of 1211 days. Finally, the Apex Court was concerned with the question of whether the delay on the part of the complainant in impleading the Company can be condoned, which it answered in the negative and subsequently the appeal filed by the Appellant was allowed.

Jurisdiction to file cases of cheque bouncing has now been changed by Negotiable Instruments (Amendment) Act, 2015 (“Amendment Act”) which came into effect on 15th June, 2015. As per this Amendment Act, a cheque dishonour case under Section 138 needs to be filed in the court as per provisions of Section 141(1) and 142(2), and even all pending cheque bouncing cases shall also get transferred to the courts as per this Amendment Act. The Amendment Act states that if the cheque is delivered through an account then the court having local jurisdiction over the branch where the payee or the holder maintains the account would try the case. If the transfer is made otherwise, the court having jurisdiction over the drawee bank would entertain the case. The Amendment  Act further requires all the subsequent complaints arising out of Section 138 against the same drawer to be filed in the same court as the first complain, if it is still pending in the court, irrespective of whether those cheques were delivered for collection or presented for payment within the territorial jurisdiction of that court

This Amendment Act superseded the judgement of Supreme court in the matter of Dashrath Rupsingh Rathod v. State of Maharashtra. In this case, a 3-Judge bench of the Supreme Court had held that a cheque bouncing case can be filed only in a court which has the territorial jurisdiction over the place where the cheque is dishonoured by the bank on which it is drawn.

Several people raised difficulties over this because the payee of the cheque had to file a case at the place where drawer of the cheque has a bank account. However, now the legal position has completely changed which can be well understood from the following case;

In the following case, Bridgestone India Pvt. Ltd. (“Petitioner”) had filed a case against Inderpal Singh (“Respondent”) for dishonour of Cheque drawn on a bank at Chandigarh. The cheque was presented at a bank of Indore where Petitioner resides and was subsequently dishonoured. A petition was filed against the Respondent.  The Respondent prayed to the court that Indore court had no jurisdiction to entertain this aforesaid proceeding, which was eventually accepted by court applying the Dashrath Rupsingh Rathod case which stated that jurisdiction lays only before the court in whose jurisdiction original drawee bank was located, which is Chandigarh in the present case.

An appeal was filed in the Supreme court by the Petitioner challenging the order. The court held that, the new Ordinance vests jurisdiction for initiating proceedings under Section 138, inter alia, in territorial jurisdiction of court where cheque is delivered for collection (through an account of branch of bank where payee or holder in due course maintains an account). Therefore, in the following case, Section 142(1)(a) gives jurisdiction to Indore court to entertain the aforesaid proceedings and the judgement rendered in the Dashrath Rupsingh Rathod case shall not stand in any way of Petitioner insofar as territorial jurisdiction for initiating a proceeding emerging from dishonour is Cheque is concerned.

Section 138 of the Act protects the payee from any illegal act on the part of the drawer. As cheques are commonly used instruments in the business world, banking sector needs to be protected. It not only aims at speedy disposal of cases but also to bring a sanctity to the system by seeking to clamp down on defaults in payments and has empowered the payee against drawer to bring higher virtuousness to cheque transactions.


Agama Law Associates (ALA) is a boutique law firm providing customized legal solutions to various corporates. ALA has serviced companies across various sectors, in different geographies and at various ages whether the company is a start-up or a listed enterprise. Corporate and commercial documentation, compliance advisory, interpretation of contracts and labour advisory are ALA’s core practice areas. ALA also assists firms in dispute management, dispute avoidance and other forms of litigation. 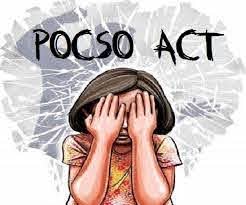 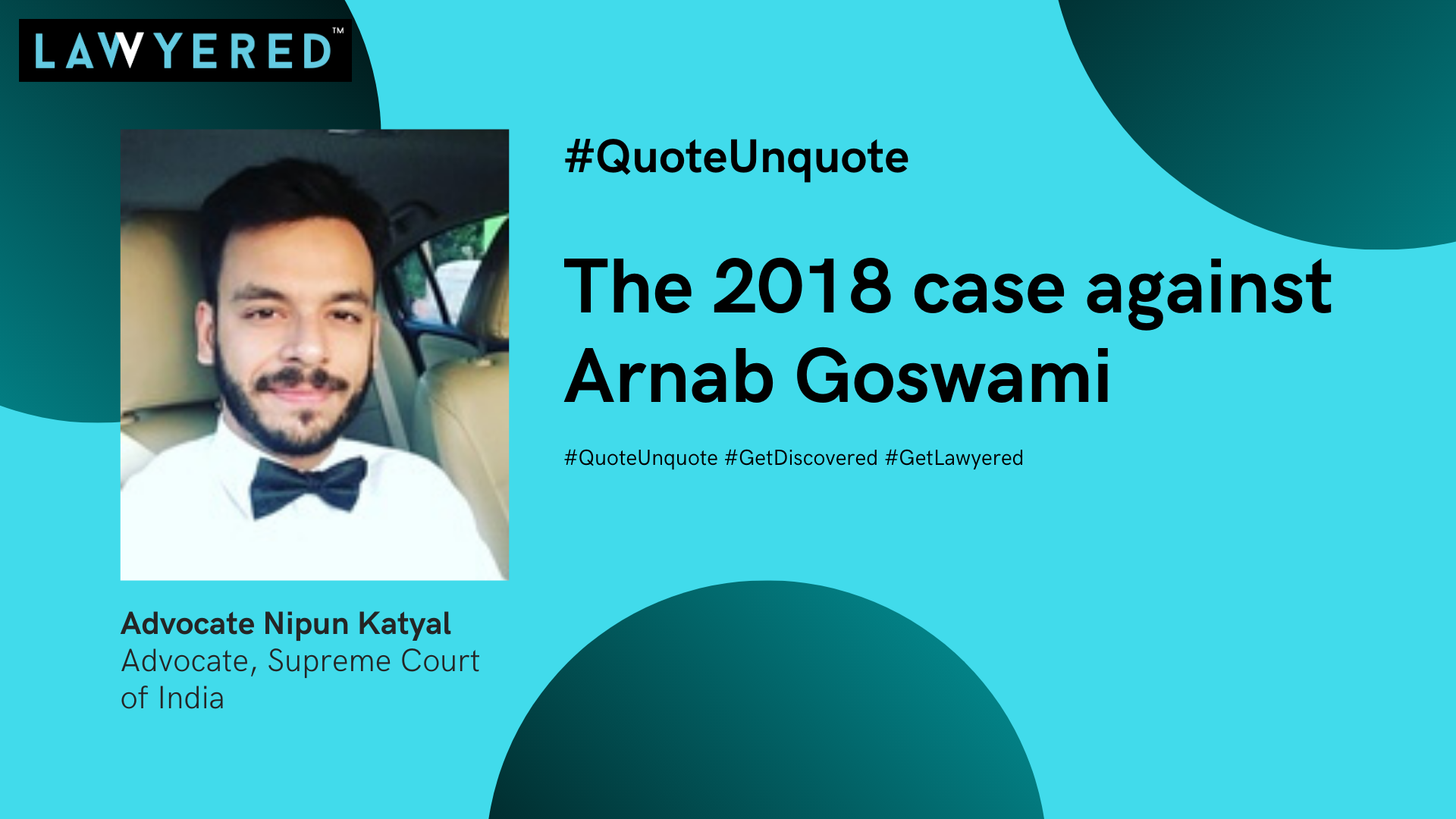