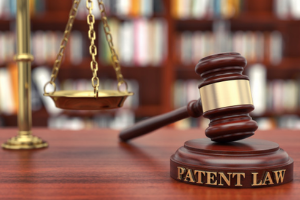 Why Your Startup Needs More Patents? by Advocate Abhishek Singh

A patent is a kind of intellectual property that gives its owner the right to exclude others from manufacturing, producing, using, selling, and importing an invention for a limited period. Given this, the company should patent proof points for its most ambitious technology claims. Indian Patent Rules, initiated in 2003, underwent amendments in 2005, 2006, 2012, 2013, 2014, 2016 and 2018.

This strategy won't make the technology of the company new or more valuable – anyone can file a patent application. But, oddly enough, it might make investors more likely to believe the company's owner.

A startup is a company or organization initiated by individual founders or entrepreneurs in search of a repeatable and scalable business model. A startup is a dream come true for many people. Nowadays people tend to leave their 9-5 job and go on a journey to make their idea come true. Patents are essential to startups because they provide a legally sanctioned monopoly that bars the entry of competitors. Patents may also serve certain defensive purposes in which the competitors may be less likely to sue a startup for patent infringement if there is a risk of a countersuit.

The first step is to use patents to increase acquisition value. Having patent applications often makes investors less skeptical about the technology. This becomes true if a reputable firm filed claims as their reputation depends partially on valuable patents getting approved. According to the new definition, any entity in India recognized as a startup by the competent authority, under the Startup India Initiative, will be eligible for 80% rebate on patent fee. To encourage patent filing, the government has effectively amended the Patent Rules 2003.

In India, the term of every patent is 20 years from the date when the patent application was filed, irrespective of whether with provisional or complete specifications whatsoever. However, in case of applications issued under the Patent Co-operation Treaty (PCT), the 20 year-term begins from the International filing date accorded under PCT.

The government also provides a list of facilitators of patents and trademarks. They offer high-quality Intellectual Property Right Services including fast examination of patents at cheaper rates. While the government will bear all facilitator fees, the startup will bear only the statutory expenses. The latter will enjoy 80% reduction in the cost of filing patents.

There are many benefits of having patents as it is a kind of protection to the startup companies making it less risky for them. The Government of India gives many reliefs to new companies. In case the business booms, many people can have an eye on the company. So it's better to take every safety measure and do as according to law.

The rights granted by an Indian Patent Office cease to have any effect in a foreign country. They extending only throughout the Indian territory, thus, any inventor who wishes to avail the protection of patents in another country has to apply for a patent in that specific country, according to its law, either through the PCT route or through the conventional filing of an application.

To ensure that many more of the startups can become eligible for benefits, the government has given a more liberal definition for them under the latest patent framework. Further, to claim benefits for filing patents, Indian entity should be recognized as a startup by a competent authority under Startup India Initiative, whereas foreign entity may provide equivalent documents as an evidence for fulfilling criteria for turnover and period of incorporation/registration as per Startup India Initiative along with a declaration to that effect.

According to the Patent (Amendment) Rules, 2017:

(a) Any entity in India that is recognized as a startup by the competent authority under the Startup India Initiative.

(b) In case of a foreign company or organization, an entity fulfilling the criteria for turnover and period of incorporation/ registration as per Startup India Initiative and submitting a declaration to that effect.

Novelty: The matters disclosed in the specifications are not published in India or anywhere else before the date of filing of the patent application in the country.

Inventive Step: The invention is not evident to a person skilled in the art in light of the prior publication/knowledge/ document.

Industrially applicable: Invention should possess utility so that it can be made or used in industry. More than a few entrepreneurs are interested in obtaining a patent for a business idea or business model that has been invented by them to provide them a competitive advantage. There is also an Indian Patent Office. The Indian Patent Office is administered by the Office of the Controller General of Patents, Designs & Trade Marks (CGPDTM) which is a subordinate office of the Government of India that also administers the Indian law of Patents, Designs, and Trademarks.

For any Copyright Law related matter, please Post Your Requirement anonymously and get free proposals OR find the Best Copyright Law Lawyers and book a free appointment directly.


Edge Law Partners, Advocates is a full service law firm having its presence in New Delhi, Jaipur & Patna rendering services of litigation and advisory in across all sectors, along with impeccable experience to serve throughout India. The Firm comprises of team of lawyers well equipped with legal wisdom to offer out of the box legal solutions for our clients, following highest standards of professionalism aiming at execution timelines to ensure proficiency and profitability.

Copyrights Of Music In India