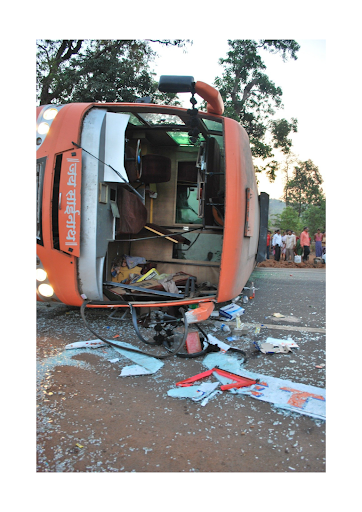 What to do in case of an accident? Call LotS!

The drivers spend long hours on the road and are often exhausted because of the journey. Most journeys are done at odd hours, late at night and hence compromising the alertness of the drivers. The absence of basic road-side amenities, to make matters worse. The unjust enrichments that are often demanded as a right by the officials increase the costs of the transport agencies that are ultimately borne by the common citizens of the country.

While there are many policies and laws that are framed by the government to make the lives of the transport workers easier, their plight on the road is mostly left unattended and without any resolution. They're frequently subjected to ill treatment by local authorities, unnecessary checks and questioning. Their general lack of knowledge of rules and laws add to their misery. On highways, whenever an accident takes place between trucks and any other vehicle, the truck driver is blamed even if the other party is responsible for it. It is often seen that the public starts beating and abusing the truck drivers.

Accidents are common and sometimes due to various reasons are unavoidable. The transporters community is the one witnessing road accidents frequently. Whenever a loaded truck meets with an accident, the drivers are in a situation of panic. More than saving their own lives and getting help for themselves, they worry about the goods that are on the truck. Drivers and their employers stress out and end up paying huge amounts of money just to ensure that the goods are either not seized by the police or to ensure that there is no theft of the goods.

The most recent case that was reported on the LotS 24x7 helpline was of a vehicle that was carrying Agro-Chemical goods. The truck did not reach the destination as scheduled and the same was reported to the LotS in-house team. The team got the last known location of the truck and spoke to the police and a local lawyer to locate the truck and the driver.

The location of the incident was Maheshi (Bhagalpur) in Bihar. Within 24 hours, the team that was commissioned by the LotS in-house team found the truck in an overturned state and the driver was not found.

The truck along with the loaded goods was compounded by the local police and upon inspection, they found alcohol bottles in the cabin of the driver. The lawyer that was present on the spot filled a missing report for the driver and upon investigation it was found that the driver had absconded to his village. The driver had met with an accident and instead of reporting the incident to anyone, he escaped to his village and left the fully-loaded truck as it is.

The transporter had called the 24x7 helpline when he was absolutely helpless and with the help and legal support of the LotS team, he was able to not only find the truck, but was also able to recover the goods that were loaded on the truck. He was very thankful to the team and said that he had lost all hope and was distressed thinking about the huge sum of money that we would have to pay to the consignor for the lost goods. But due to the timely involvement of LotS he was saved.

LotS, as an initiative always stands out to play its role to its members providing 24x7 online legal help, immediate local legal representation and education on basic rights and procedures to commercial vehicles in need. LotS has been set in motion by AITWA and Lawyered for the welfare of the road transport fraternity and since the day of its inception, it has looked forward to providing optimal legal help to commercial vehicles.

For any related matter, please Post Your Requirement anonymously and get free proposals OR find the Best Lawyers and book a free appointment directly. 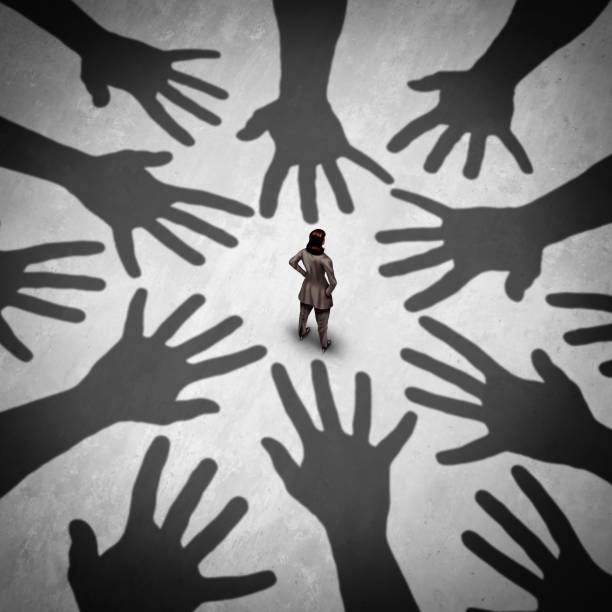 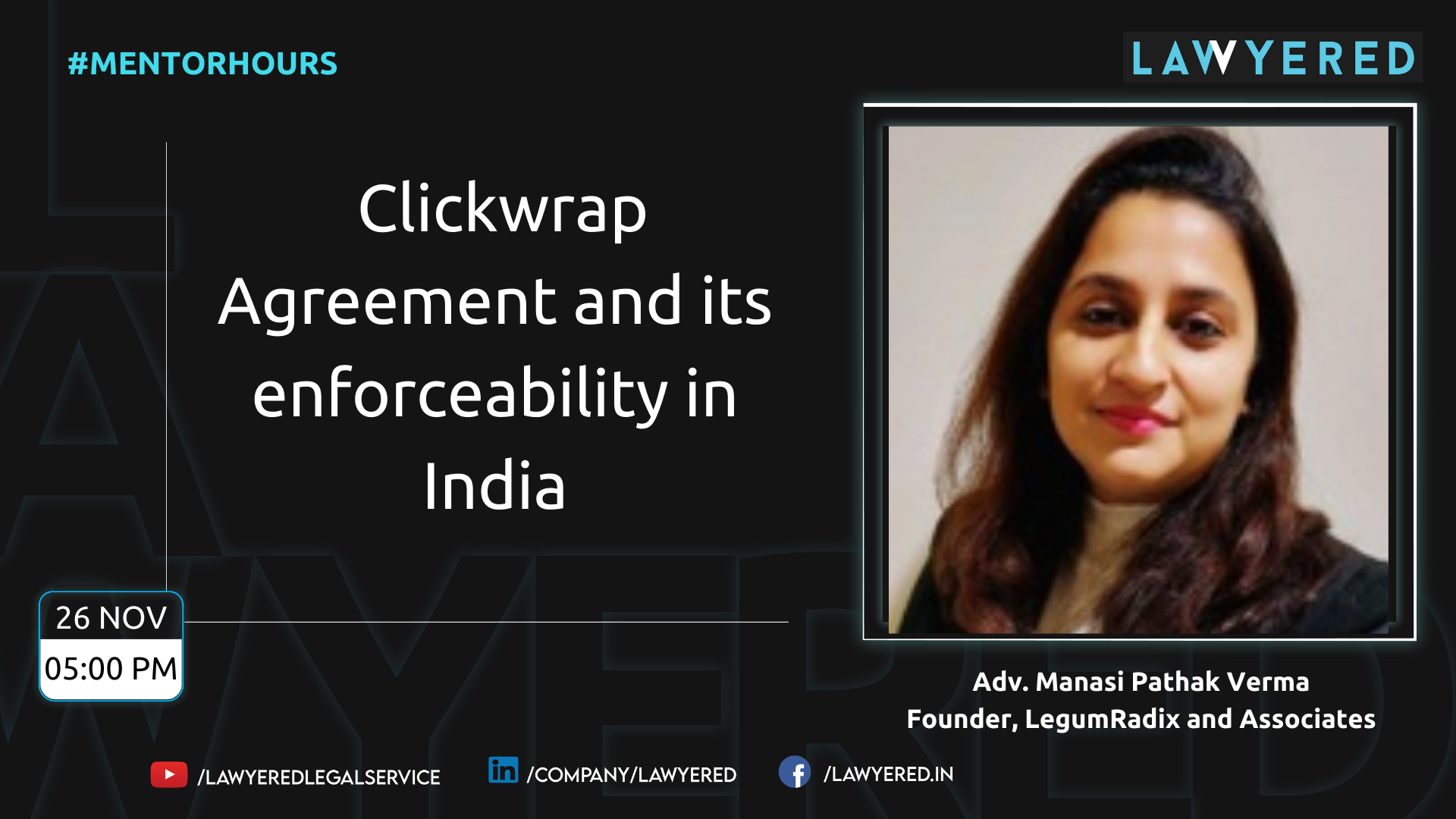 #MentorHour on Clickwrap Agreement and its enforceability in India with Adv. Manasi Pathak Verma