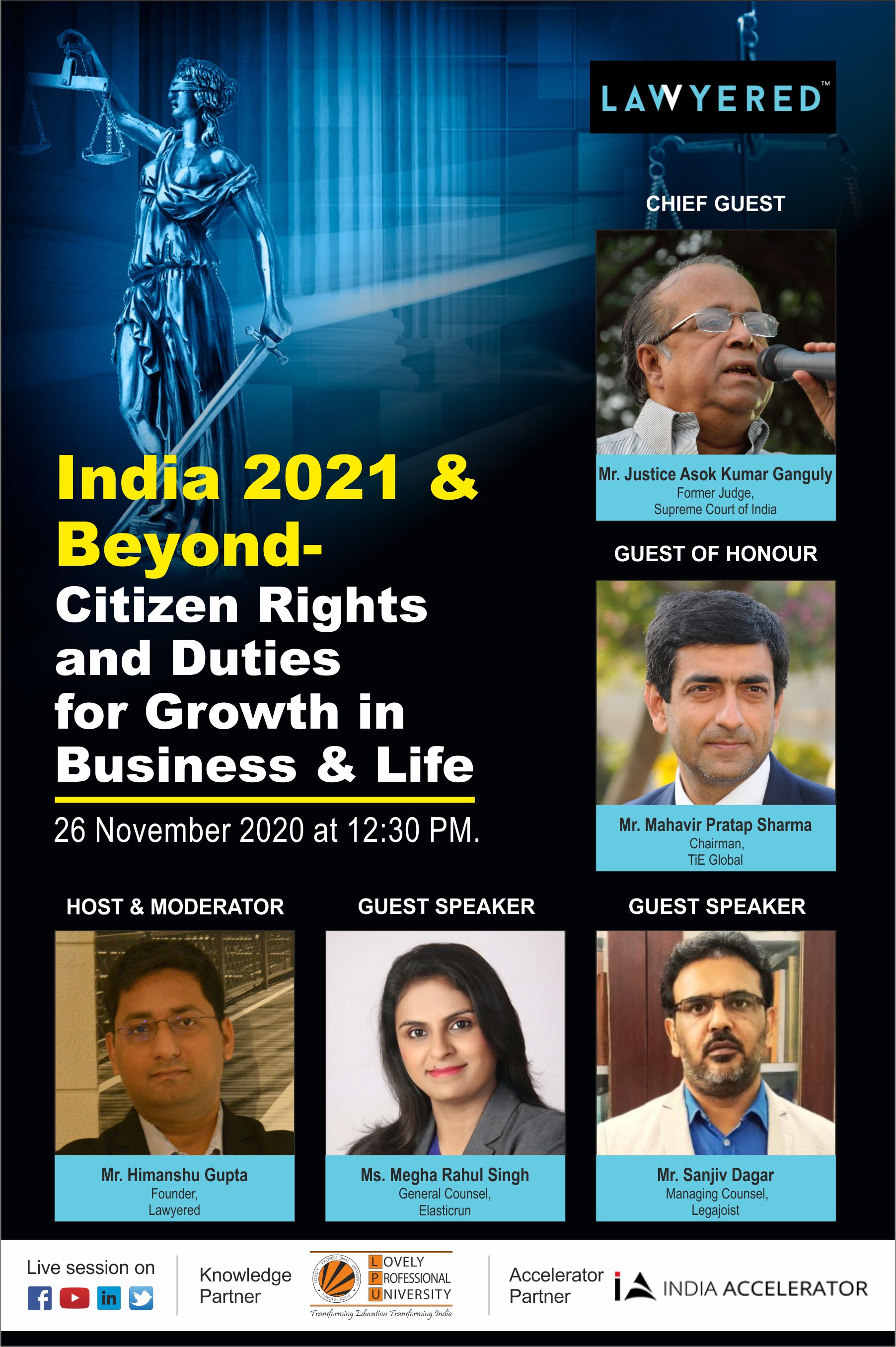 In his opening statement, Mr. Justice AK Ganguly explained the importance of the constitution and the struggles the constitution makers eventually faced. He quoted ‘Preamble is the crux of the Constitution”, and comprises of-

On being asked whether fundamental duties should be made enforceable, Mr. Sharma & Justice Ganguly said that duties are something which are to be followed by the people on their own. No one can force them because deterrence works only to a limit. Mr. Mahaveer Sharma also talked about the challenging situations in the current Covid times, about how secularism is being questioned, how trade relations have been affected due to border clashes, and how we need a system of checks and measures on the use of technology. Mr Sanjiv Dagar rightfully suggested that there must be a system of checks and balances by not just monetary penalty but even punishments such as social work etc.

On how the government should kick-start worst affected sectors Ms. Megha Singh suggested the inclusion of debt and funds at good interest rates  by which small companies can revive the loss they had occurred in the lockdown. Mr. AK Ganguly further stated that the government should do something to control or cut down the soaring prices of essential commodities which in turn will increase the purchasing power and get the market rotating. The government must give incentives to small businessman and entrepreneur with a revival package and that hoarding, black marketing and cornering must be looked into. Mr. Mahaveer Sharma presented a very intelligent solution which focused on incentivizing entrepreneurs and skilled labour for additional work that gets created. Tax incentives or waivers must be given on any incremental business or turnovers. The panel also stated that government should try to reduce prices on essential commodities which is the need of the hour. It was rightly said that it was necessary to increase purchase power of the people which would lead to a stable market.

The question which was then raised was which of them are placed at higher footing economic interests or Individual interests? The panelists were of the view that although court must try to strike a balance between these two, but individual interests are to be given priority.

Where Mr. Mahaveer stated that technology is disruptive and will change everything in the next three decades. Justice Ganguly had a slightly different view about the same and said that it is not disruptive but it will be cohesive technology, and that it will bring the world together for the benefit of everyone. Further the other panelists shared same point of view that challenges which we are facing now due to COVID situation were not possible for anyone to predict and still we fought this battle. New technologies new methods, work culture, online mode of business everything fell into place. He focused the need of inclusive growth for sustainable growth. Finally, the Vote of Thanks was extended by Ms. Mona Singh (Co-Founder of India Accelerator)


We have privilege to serve big brands in various sectors like e-commerce, Banking & Finance, Software, Technology, Food & Beverages, Pharma & Hospitality. Our Law Firm is backed by a collective Legal experience of more than 60 years. Our team, after having worked in the industry, is able to provide practical solutions to vexed problems within the framework of the laws of the land. We have shown successful delivery to Corporate giants. 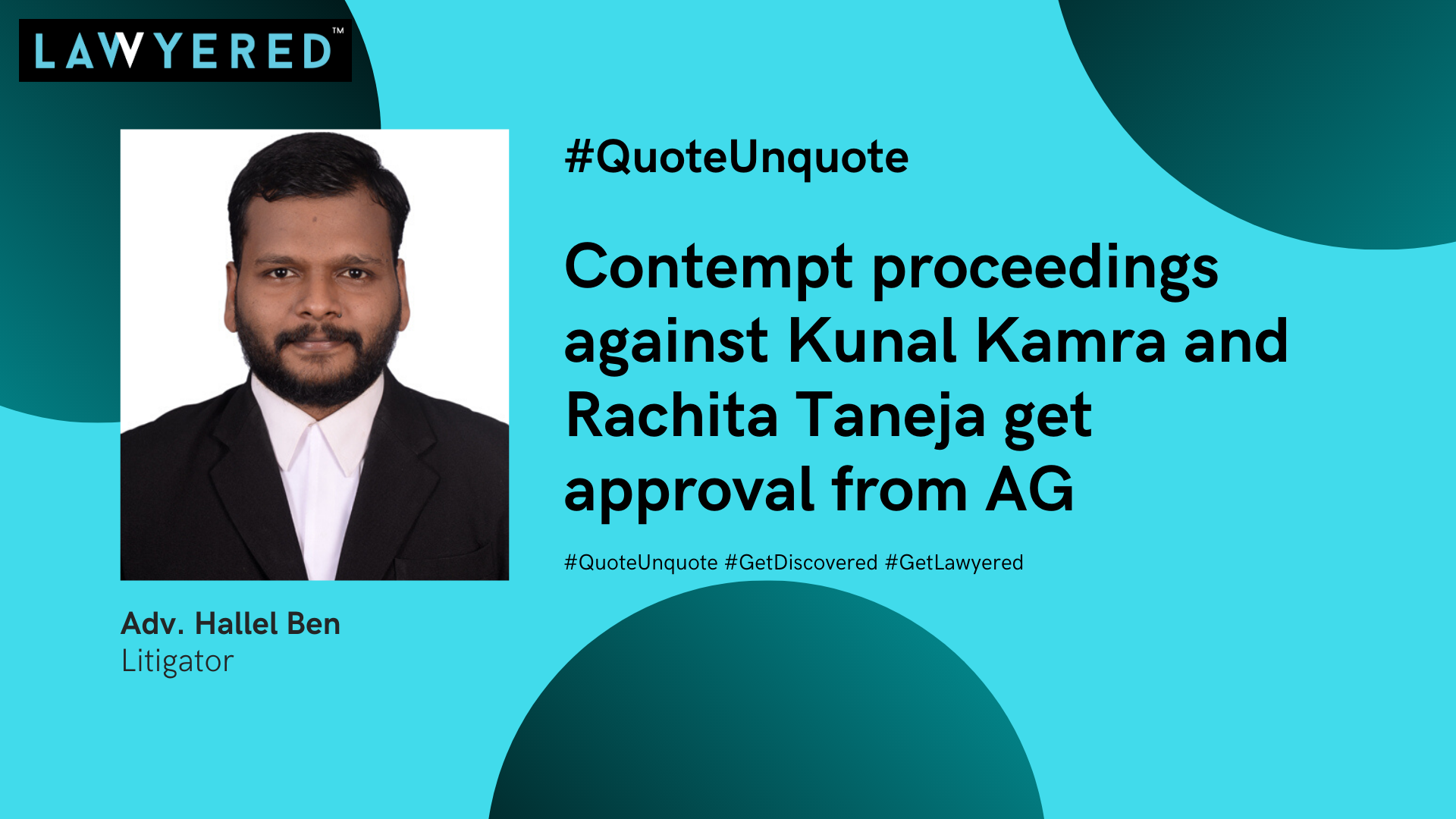 #QuoteUnquote on Contempt Laws of India by Adv. Hallel Ben 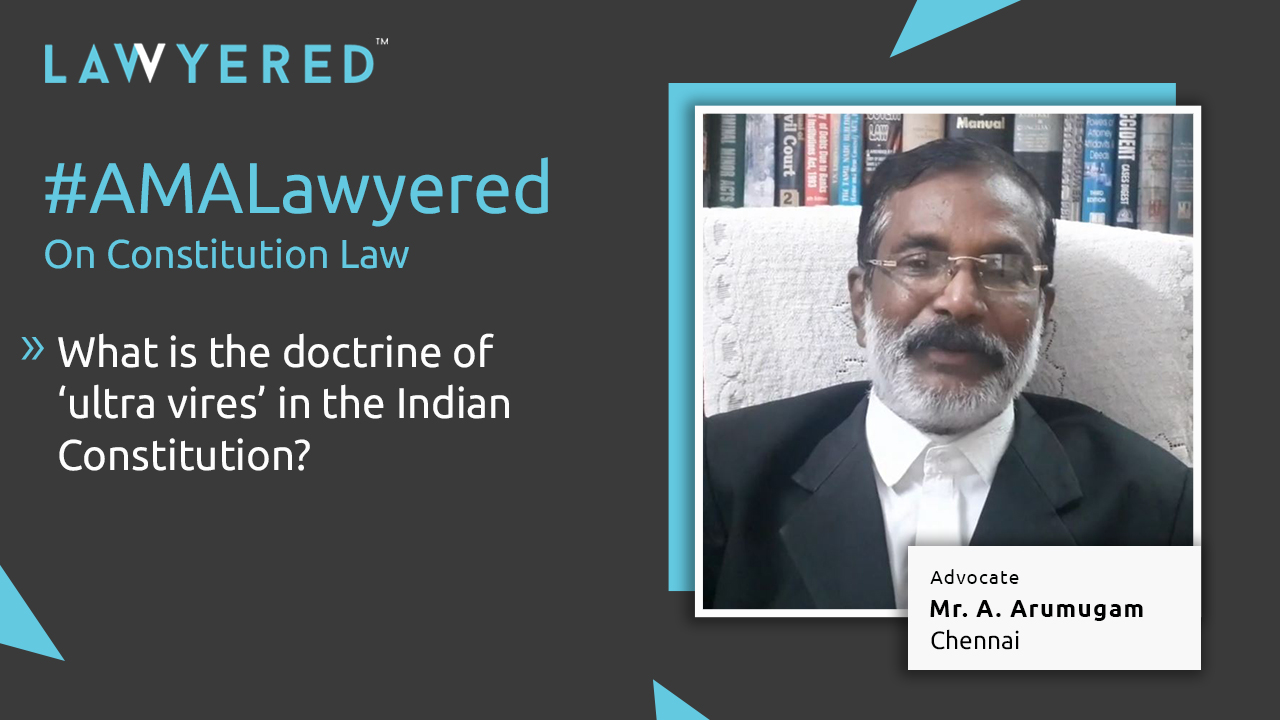 What is the doctrine of "ultra vires" in the Indian Constitution? #AMALawyered by Adv. A Arumugam 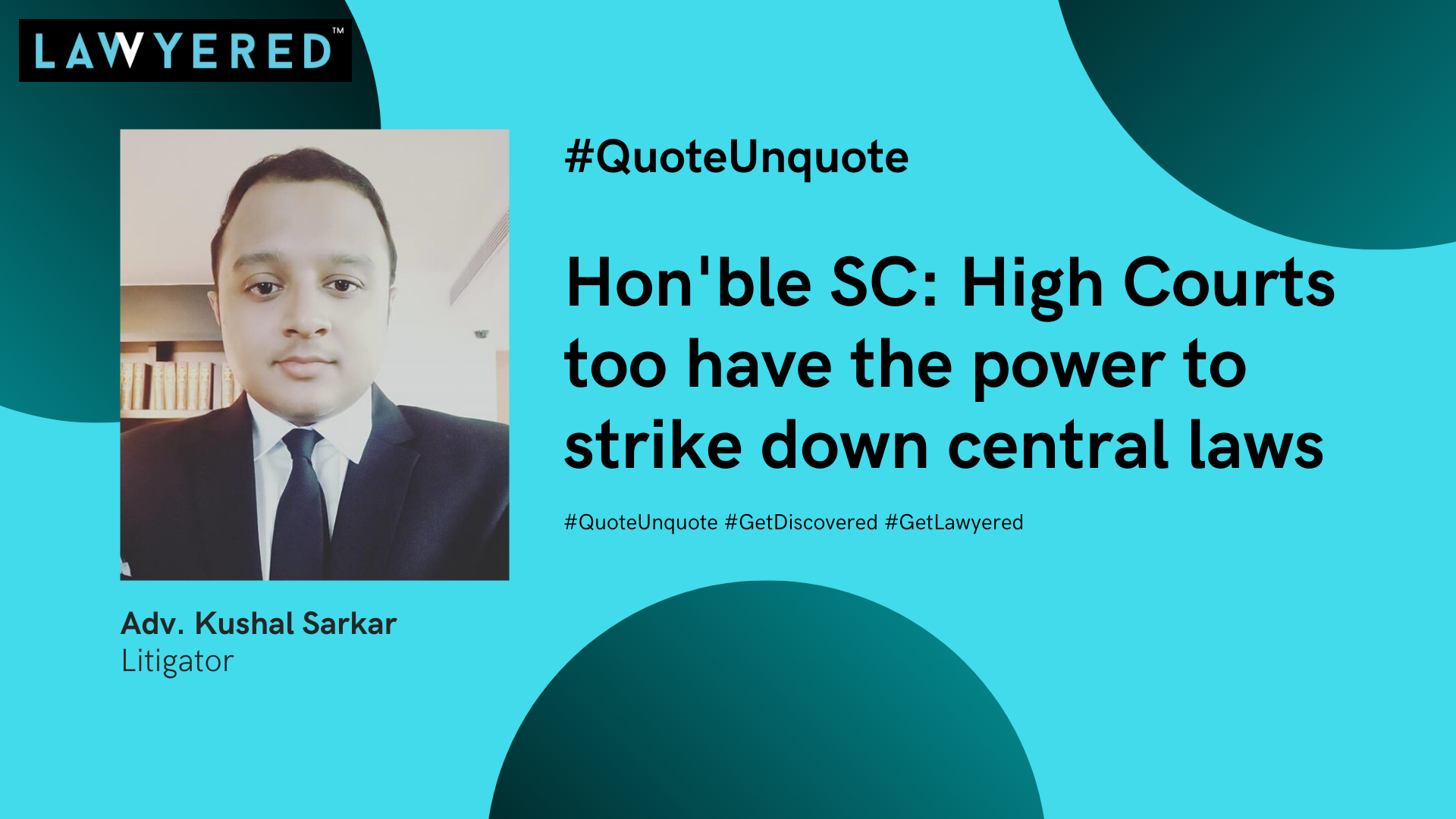 #QuoteUnquote on High Courts too have the power to strike down central laws by Adv. Kushal Sarkar